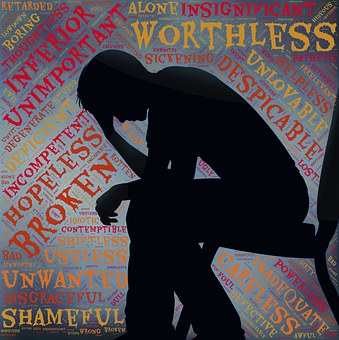 I was asked to write a blog and my first thought was ‘what am I going to say?’. I scrolled through numerous documents and blogs hoping that inspiration would hit me. I sat for about an hour pondering what I could write about and then it suddenly hit me…

Have you ever stopped to really listen to the way in which you speak to yourself?

I know in the past that I have done something and immediately thought, ‘why did you do that stupid’ or ‘don’t bother trying you’ll never achieve your goals’ etc etc…

If I have learned anything over the years of self healing, it’s that sometimes we need to allow ourselves some time and a bit of patience. We need to be kinder to ourselves and start altering that internal dialogue.

I have spent years of my life beating myself up over things that I ‘should’ have said or I sat for hours pondering over what I said to people and they worrying about what they thought of me. I found myself engaged with an inner turmoil that never seemed to give up until the light at the end of the tunnel seemed to shine through a bit. It took one little comment from a friend to stop me in my tracks and really make me think about what I was doing. I decided that I needed to get some help and I sat down and talked about my thoughts and feelings. I found that the more that I did this the more my inner turmoil seemed to be unravelling and I was able to work on each of the issues that were holding me back.

I realised over the years that the inner voice that was telling me that I wasn’t good enough or that negative self talk that I was constantly berating myself with was just me. It had become so natural to talk badly to myself that I wasn’t even aware that it was causing me problems. As I started to change that voice and began telling myself the positive things that were happening, my stress levels decreased and I started to find that I was able to deal with life in a calmer way.

I used to question my inner voice and think how others would feel if I said the same comment to them. I learned that some of the things I used to tell myself I wouldn’t even say to my worst enemy so why was I being so hard on myself?

When we speak negatively to ourselves and sit waiting for something bad to happen then it is more than likely that something bad will eventually happen. But the same can be said for good experiences, if we look at the good things that happen we will be more able to deal with these negative experiences. 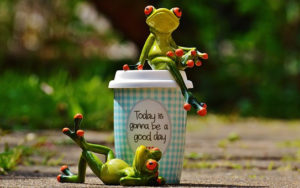